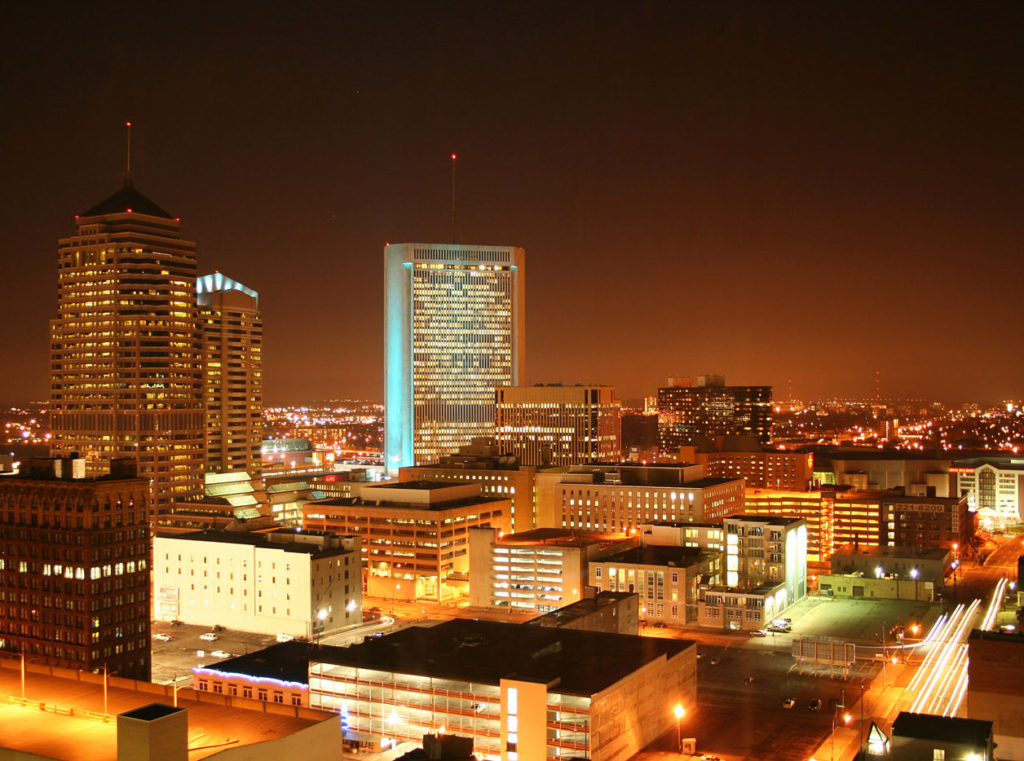 In small government offices and crowded boardrooms, the future of urban transportation is transpiring right here in Columbus — the U.S. Department of Transportation’s first Smart City.

The wheels started turning for Smart Columbus last summer, when the city won the USDOT’s Smart City challenge over cities such as Austin, Portland and San Francisco. The roughly $415-million venture, supported by federal and private funds, has several focus areas, including transportation access, smart logistics and sustainable transportation.

From real-time traffic/parking data to charging stations for electric cars to driverless shuttles around Easton, the city hopes to become a model for communities around the nation, said Brandi Braun, assistant director for the Columbus Department of Public Service.

“How people want to move — and the way people should move — is changing, and the Smart Columbus grants are allowing us to prepare for that future,” Braun said, adding that the city’s initial proposals to the USDOT must be implemented by 2020.

The movement aims to both attract new jobs and sectors to the city as well as provide better access to existing ones, Braun said. For example, six autonomous vehicles will make routes within Easton Town Center “to address first- and last-mile challenges in one of the city’s largest job centers” by dropping individuals off directly in front of where they work, according to the city.

Another issue that Smart Columbus hopes to address is the lack of mobility in communities like Linden.

“Mobility options are not equitable — not everyone lives within walking distance of their nearest bus stop; not everyone can afford a car,” Braun said. “The one-car-one-person model doesn’t work for everyone.”

If there were better access to transportation, more people could be empowered to connect themselves to jobs, education, health care and more.
This is the thought behind the bus rapid transit — a transit system designed to be more efficient than a traditional bus service but less pricey than a light rail or metro system — that COTA will implement along a 15.6-mile stretch of Cleveland Avenue between downtown and Polaris Parkway, said Marty Stutz, vice president of communications, marketing and customer service at COTA.

The new transit line, called CMAX, will operate in mixed traffic along with regular COTA service, but traffic-signal priority technology will allow CMAX buses that are behind schedule to shorten the length of a red light or keep a light green longer, Stutz said. CMAX was in the works well before the Smart City grant was announced, but because it will serve transit-dependent areas like Linden the project became “a great platform to collaborate with Smart Columbus,” said COTA spokeswoman Lisa Myers, adding that CMAX is on track to launch in January 2018.

COTA is also working with Smart Columbus on designing a smart pass payment system that would work for COTA buses, car2go cars, CoGo bikes, taxis, Uber, Lyft and others, Stutz said. This would allow those without access to smart phones or bank accounts to use services like Uber by loading the smart pass with cash at a neighborhood kiosk.

The other challenge facing Columbus is traffic and parking congestion — an issue that will certainly need to be addressed if the Mid Ohio Regional Planning Commission’s population-increase estimate of 1 million new residents by 2050 holds true.

“Neighborhoods that are crowded with people and cars can suffer because it’s too difficult for people to come visit, shop or even live in a community where parking is tight,” Stutz said. “The more options you provide to people, the more opportunities they have to enjoy your town.”

The solution here is to provide real-time parking, traffic and event information through an information portal so people can find available parking before they travel, Braun said. The system could also aid commercial truck drivers making deliveries in the downtown area by allowing them to schedule routes and deliveries when traffic and space are optimal.

Along with furthering mobility and sustainability goals, COTA believes that increased use of alternate and public transportation will make Columbus more appealing in general.

“When people are outside of their cars walking, riding a bike or using transit — that’s the kind of sidewalk activity that energizes neighborhoods and makes communities more attractive,” Stutz said.

Although there’s a ways to go, Smart Columbus “really has the ability to transform the lives of our residents,” Braun said.

This story was originally published in The Columbus Dispatch on April 26, 2017 in the special print section Careers in Transportation.